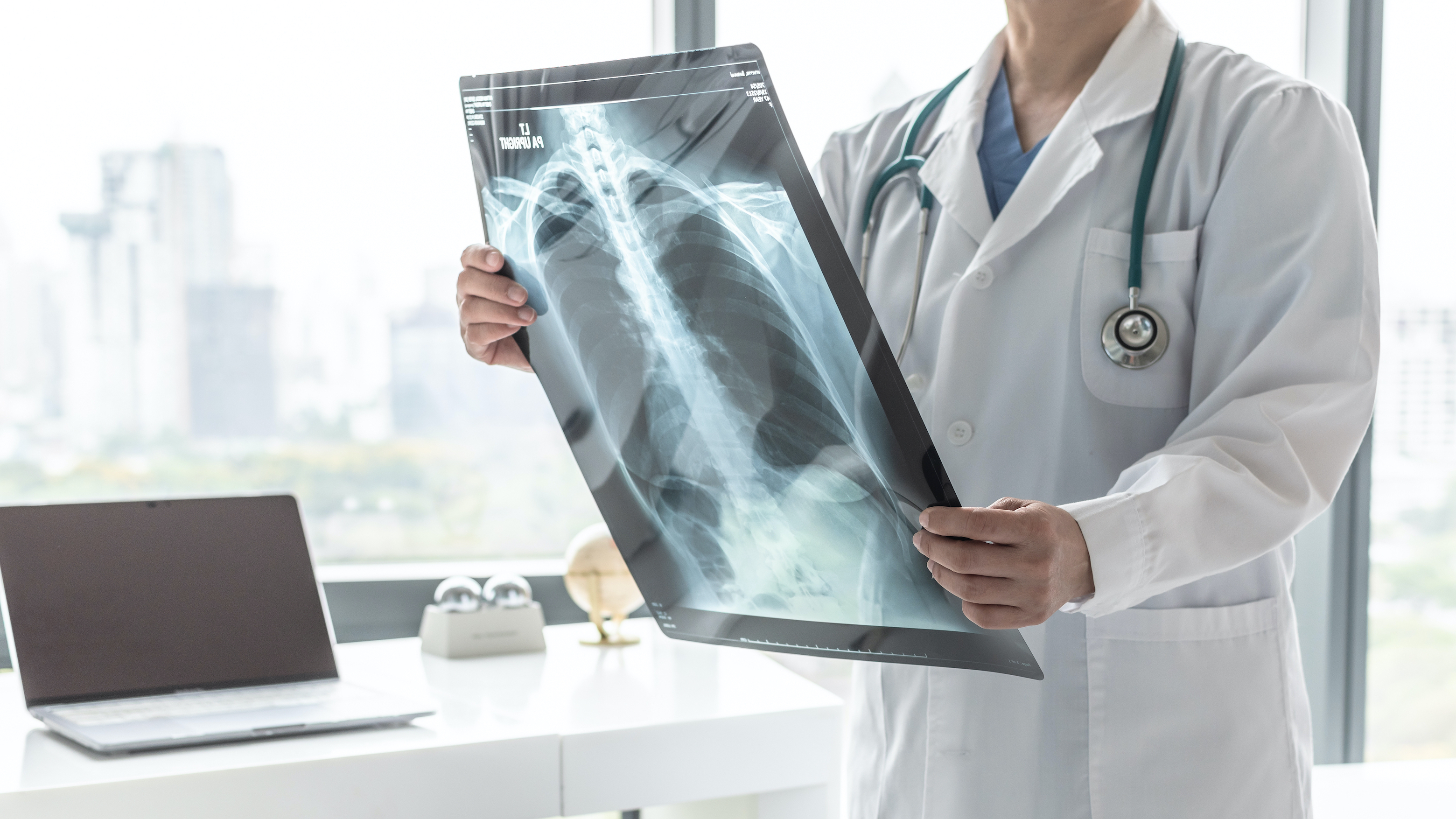 The condition known as “busulfan lung” is a relatively infrequent busulfan side effect. From what we know, less than 8% of busulfan patients experience symptomatic lung injury. But when lung injury does occur, it can be serious and potentially fatal.

That makes it urgent for us to understand busulfan lung and how to reduce patients’ risk for it. Let’s explore a bit more about busulfan-induced lung injury and an innovative method that may reduce its occurrence.

Busulfan’s mechanism of action makes it useful in patients undergoing a hematopoietic stem cell transplant (HCT). Busulfan is part of a conditioning, or preparative, regimen which is designed to prime a person’s body for a successful HCT by suppressing their bone marrow activity.

Read more about the benefits of busulfan as a preparative regimen for HCT.

“Busulfan lung” and other forms of busulfan-induced pulmonary toxicity

Though busulfan has the most activity against rapidly-dividing cells such as abnormal cancer cells, it can also kill healthy cells. In regards to lung injury, however, scientists aren’t exactly sure how it happens.

Below are examples of ways in which busulfan-induced lung injury may present:

In general, signs and symptoms associated with busulfan lung tend to be rather nonspecific. So affected patients may present with a variety of signs or symptoms, varying in severity. Both children and adults are susceptible to busulfan-induced pulmonary toxicity, an important consideration given that many people receiving HCT belong to pediatric populations.

Reducing the risk of acute toxicity associated with busulfan, including pulmonary toxicity, may be possible with a dosing approach known as model-informed precision dosing (MIPD). Precision dosing, much like precision medicine, is a dosing method that takes into account patient-specific factors, as well as population pharmacokinetic (PK) norms. As a result, the dose is more appropriate for the patient and helps maximize clinical efficacy while minimizing risk of toxicity and side effects.

Drugs with the potential for high toxicity—for example, busulfan and vancomycin—are excellent candidates for MIPD.

In the case of busulfan, MIPD using Bayesian forecasting is the preferred approach in comparison to non-compartmental analysis (NCA). Bayesian-guided precision dosing allows clinicians to account for changes in regimens and in patients’ physiology during a course of therapy.

Why is precise clinical target attainment important when administering busulfan? This study demonstrated that maintaining cAUC within a target window of 78–101 mg×h/L reduced the incidence of acute toxicity while also minimizing the chance of graft failure or disease relapse. While the authors did not include pulmonary injury in the definition of acute toxicity for the purposes of this study, the clear positive correlation between increasing busulfan dose and incidence of acute graft-versus-host disease and veno-occlusive disease suggests that maintaining busulfan exposure in the target window might have the potential to also reduce the incidence of pulmonary injury.

Fortunately for hospital and health system leadership teams and clinicians, MIPD and Bayesian forecasting technology is not limited to academic and research-based facilities. It’s now feasible for you to incorporate precision dosing software into your hospitals’ and health systems’ workflows in order to supplement your staff’s clinical expertise and improve patient safety.

Read our latest white paper to learn more about how model-informed precision dosing can reduce the risk of busulfan lung and other busulfan side effects.